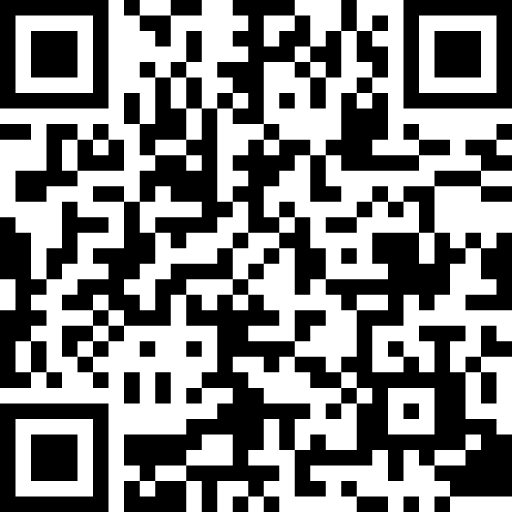 Welcome to another one of the many handy sports betting tools found right here at OddsTrader. The 2021 college football futures are listed in one convenient location where you can find the best odds from the finest betting sites for all your futures bets. You can even see which sportsbooks are licensed to do business in your state by clicking the "World" tab to the far right of the page. Here you will find options for those wagering in New Jersey, Pennsylvania, Indiana, Iowa, Colorado, West Virginia, Tennessee, Illinois, Virginia, and Michigan. Let's do a quick walk around on this page to get you acquainted with it when considering your NCAAF futures.

This is the default category and the one that generates the most interest. The college football future odds can be found on all the FBS teams in the nation. You will also get to compare the college football championship futures at all of the best online sites in the industry. You can make one wager and you will have action for a full college football season! NCAA football futures betting has grown immensely in popularity and OddsTrader is proud to have one of the premier college football playoff future sites found anywhere in the world.

This season, like last, Alabama is the top team in the nation and the college football odds clearly reflect that as they are the top choice to win the national championship by a country mile. The next choice down is a tossup between Oklahoma and Clemson, with Ohio State ranked a close third. The NCAAF futures odds will fluctuate throughout the season and are predicated on the performances of the teams.

Remember, these odds can and will fluctuate as the season progresses and it is up to you to determine which teams have the most value. A good idea is to look at the season schedules of the teams that are of interest to you. That is an excellent way to separate the wheat from the chaff so that you can get the best odds and the biggest return on your investment.

The dropdown menu also features the betting odds to win each of the Power 5 conferences. Let's start with the Atlantic Coast Conference, also known as the ACC, where Clemson, a perennial national powerhouse, resides. However, this year the Tigers are missing the man with the golden arm, Trevor Lawrence, as he became the first overall pick in the NFL Draft and is now plying his trade in Jacksonville as the starting quarterback for the Jaguars.

Despite already losing a game this season, Clemson remains the favorite to capture the ACC title at all of the best betting sites with odds ranging from -400 to -715. The Tigers are prohibitive favorites to be sure but there are other ACC teams to consider like North Carolina (+1100), Miami (+2000), Virginia Tech (+3300), Louisville (+4000), and Pittsburgh (+5000) to round out the top six.

Clemson has been in the College Football Championship (CFP) for six years running and in the national championship game two of the last three years. Even with their early-season loss, the best odds still have them as big favorites to win their conference and remain one of the top choices to become this season's college football national champions.

But before you plunk your money down on the Tigers, it is important to know that one of their wins, a 14-8 defensive battle against Georgia Tech, was far from impressive considering they were 27 ½ point home favorites in that contest. Is Clemson worth betting this season or are there more appealing choices with better odds to win the ACC? The future college football betting lines suggest the public has not jumped off of the Tigers bandwagon just yet!

When we think of the Big 12, we think of the Oklahoma Sooners being the conference gold standard but there are several other teams that are nationally ranked in this talented group. After three weeks of the 2021 college football season, there are five undefeated teams in the Big 12, including the Sooners. Moreover, you will also see Kansas State and Iowa State in the top 25 college football future power rankings but only Iowa State is listed as one of the top five favorites to win the conference.

The future of college football conferences like the Big 12 will be somewhat volatile as they are expected to see Oklahoma and Texas defect to the SEC in a few years which means the Big 12 will be down to only eight teams. Whether discussions are underway with other schools to replace these two huge losses is not known at this time but a merger with another conference is possible as well.

The College Football Playoff future schedule could include the mighty Buckeyes of Ohio State. This Big Ten powerhouse already has an unexpected blemish on their record but is still considered the cream of the Big Ten crop as evidenced by the odds that the bookmakers are dealing.

After three weeks we see Ohio State ranging from -138 to as low as -170 to win the Big Ten but there is no doubt the Buckeyes have company for conference supremacy this season. Penn State is getting lots of love from the national media and is currently ranked sixth in the nation, above the Buckeyes, sitting at No. 10 as of this writing.

Rounding out the top five is the aforementioned Nittany Lions (+1000), Wisconsin (+1400), Iowa (+1400), and Michigan (+1800). But what about Michigan State? The Spartans are holding fast as the No. 20 team in the nation yet are still +5000 to win the conference. That sounds like lots of value but the season is still young and Michigan State has several tough games on their schedule like their dates with Michigan, Ohio State, and Penn State down the stretch.

Suddenly, the Oregon Ducks are all the rage after they stunned Ohio State in Week 2 of their schedule. The Ducks have flown up the rankings since that victory and are undefeated as the third-ranked team in the nation. But there is talent in this conference aside from the boys in Eugene, Oregon. We can't overlook the skilled Sun Devils of Arizona State or No. 25 UCLA. The oddsmakers have spoken and we have the results right here at OddsTrader. The top five teams to win the Pac-12 are Oregon (+300), Arizona State (+600), USC (+800), Utah (+1200), and UCLA (+1400).

Although Oregon is the favorite and thus has the lowest odds, they could be a smart bet now if the odds plummet even lower later down the road. Consider that they defeated Ohio State, one of the best teams in the nation, 35-28, on the road no less, and had two key defensive players, Kayvon Thibodeaux, Justin Flowe, missing from the lineup which made their win even more improbable.

"It's hard to express in words the magnitude of coming out here down a couple of guys due to injury, and just playing really, really gutsy football, executing at a high level," Oregon coach, Mario Cristobal, said. "A tremendous job of preparation and turning it into a reality by our players and coaching staff."

There is no conference more revered in NCAA football than the Southeastern Conference. And the king of the castle is Nick Saban's Alabama Crimson Tide. Last season the Tide rolled all season long and capped a perfect record with a 52-24 pummeling of Ohio State in the championship game. This year they could do it all over again as they have already defeated one of their fiercest conference rivals, Florida, and opened their season with a win over No. 14 Miami.

But Alabama isn't the only ranked team in the SEC, four other foes are currently in the Top 25 of the national polls. But one that they won't play in the regular season could spell doom for them in the conference championship game, the Georgia Bulldogs. While Alabama is poised to win the SEC West, Georgia is the favorite to win the East, which would set the stage for a conference crown matchup between the schools.

The third and final choice on the dropdown menu is the odds on the Heisman Trophy candidates. Here you will find a list of all the applicable players and the varying odds from the best online sportsbooks. This gives the reader a snapshot of the best college football players in the country and allows odds comparisons between the top sportsbooks. It is an excellent tool that is found right here at OddsTrader.

It probably won't surprise college football fans to know that the top choice for the Heisman Trophy Award this year is Ole Miss quarterback, Matt Corral. Over his first three games, the 22-year-old has lit up defensive secondaries, averaging over 332 passing yards per game with nine touchdowns and zero interceptions. Not only is Corral a top-notch passer but he is mobile too, averaging 4.8 yards per carry with five scampers into the end zone.

But Corral wasn't always the favorite, that distinction belonged to Alabama signal-caller, Bryce Young, who is now the second choice behind Corral. But the season is far from over and there are plenty of offensive luminaries who could supplant one or both of the young guns from Ole Miss and Bama.

Congratulations to those who made a wager on Matt Corral before the season began, as his odds before Week 1 were +2000 but they have plunged to as low as +200 at many of the best online sportsbooks. The following are the current Top 10 Heisman Trophy candidates according to the sportsbooks listed below:

Online sportsbooks are not all created equal but you can believe that the venerated sportsbooks you see at OddsTrader are the best the industry has to offer. There are no gimmicks, no bait and switch bonus deals, and never a delay in getting payment when one is requested.

Such is not the case with all online sportsbooks and those who have been around the betting block understand that it's one thing to sweat the game but never the payout. Getting paid should never be an issue and expecting superior customer service, an easy-to-navigate dashboard, plenty of betting options, decent minimum, and maximum limits, as well as a lightning-fast mobile platform, are all hallmarks of the best books in the industry.

Make sure to compare and contrast the books featured at OddsTrader as they are all top-rated books but they are obviously not identical, and depending on what's most important to you, it is a "different strokes for different folks" perspective as to which one is the best. Try them out and make your own choice. Remember, the more betting options you have, the sharper your numbers will be when you place a wager. Always make sure to choose the best lines available because it can save you quite a bit of money, as well as make you quite a bit of money, year after year.