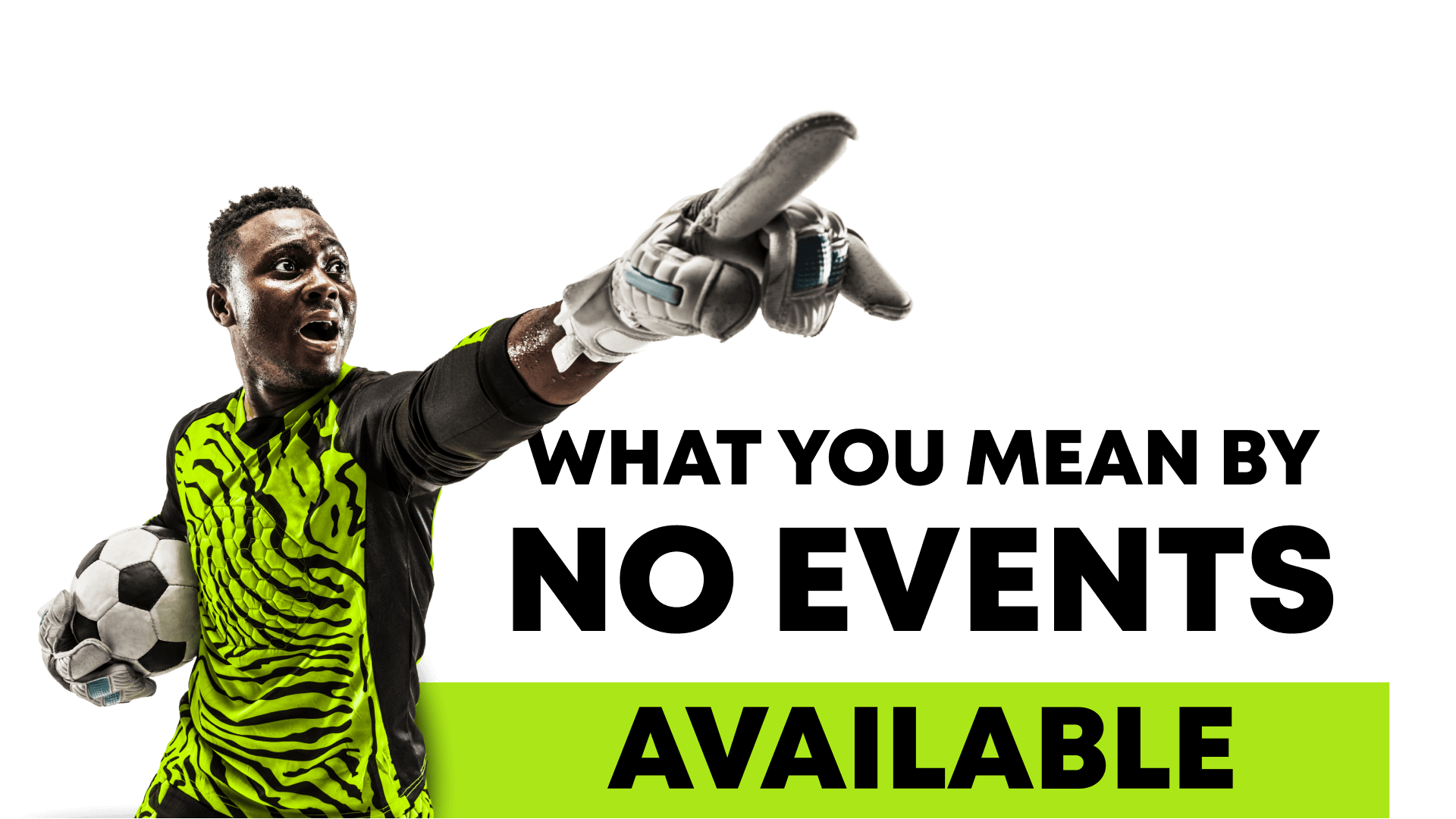 Go to the Next Date or check out the League Futures

The growing popularity of soccer in the United States is undeniable; a sport that was once frowned upon by US sporting fanatics is witnessing a massive surge of interest. The newly found acceptance is also working hand-in-hand with its reputation at the sportsbooks. Soccer odds provide constant value and a long season of wagers for bettors to gamble on. The MLS hasn't reached the top four in American ball sports; the NFL, NBA, MLB, and NHL continue to dominate as America's most favorable. However, soccer has claimed its position in the "Big Six" major professional sports leagues in the United States and Canada.

Major League Soccer (MLS) represents the highest level of professional soccer in the United States and Canada; the league itself constitutes 27 teams – 24 from the U.S. and 3 in Canada – by 2023, it plans to expand to 30 teams. The League was founded in 1993 and is the youngest professional soccer league to date, and with such a young history, it's no surprise that its popularity is still growing. Said popularity took a boom when developmental programs like the 'Designated Player Rule' allowed international superstars from Europe and surrounding continents to join MLS squads. The reputation of the MLS continues to evolve, and despite not being one of the "Big Four", the league has the fourth-highest average attendance of any professional sports league in the U.S. and Canada.

Avid sports bettors looking for MLS betting odds will find the season typically begins in late February or early March and continues until mid-October, with each club playing 34 games. Unlike other renowned soccer leagues, the team with the best record is awarded the Supporters Shield, and 14 of the best teams then compete in the postseason MLS Cup Playoffs during October & November; this culminates in the league's championship game known as the MLS Cup.

Major League Soccer odds are delivered through a multitude of available betting markets, and the percentage of wagers taken on MLS bets continues to grow each season. MLS games within the regular season are now taking just as many wagers as the MLS Cup.

Qualification into The MLS Playoffs

Dissimilar to many elite soccer leagues worldwide, but similar to other sporting leagues in America, the MLS regular season is an elimination process into a postseason knockout tournament that determines the domestic champion. Fourteen of the best teams compete in the MLS Cup Playoffs in October, and the season's MLS Cup championship final is concluded in early December.

Major League Soccer's February-to-December schedule does conflict with the FIFA calendar and summertime international tournaments such as the World Cup, European Championships, Copa America, and CONCACAF Gold Cup – this is valuable information that bettors should include in their handicapping repertoire because these fixtures will cause some players to miss MLS domestic appearances.

MLS odds across various markets will be released on all major betting sites preparing for the new season from the beginning of the year. You can find MLS futures and MLS bets before the MLS matchday 1 if you want to make predictions on the season ahead.

The first set of Major League Soccer odds for the regular season will begin In February; responsible gambling is important because the season is lengthy, and understanding the strength of each squad is imperative for season-long betting success. MLS games early in the regular season can become volatile; as the squads and clubs are growing financially year-to-year, awareness for each teams' capabilities might not become apparent until the season is underway.

It's easy in soccer betting and sports betting in general to place an MLS future. Still, outside of MLS soccer predictions that anticipate which team will lift the MLS Cup, you can wager on plenty of alternative betting markets.

Sportsbooks found here at OddsTrader provide a diverse selection of betting markets for the Major League Soccer schedule. Some of these markets include:

These betting markets mentioned should be familiar to most American sports bettors, but we'll briefly explain what they entail for those new to soccer betting or wagering in general.

Perhaps the most popular betting market of all - the moneyline wager. This is probably due to its simplicity; bettors are encouraged to select between two teams on who they'll believe will win the matchup.

The moneyline wager is far from complex but let us dive into a hypothetical MLS soccer match with some odds for those looking to understand from an in-depth standpoint. In addition, bettors will be given a choice to wager on a 3-way moneyline market, as soccer games can also end in a drawn game.

The Seattle Sounders (+110) versus LA Galaxy (-110). In a moneyline wager, you are betting on the team you believe will win or lose the game but remember not to be confused with a 3-way result as soccer games include drawn fixtures into their results. With that said, drawn matches are an excellent approach for higher value, as predicting a draw will offer lucrative odds and a great return on investment. Moneyline betting odds will be slightly juiced in comparison to 3-way MLS odds because they void drawn results. At European sportsbooks, moneyline wagers are known as 'Draw no Bet'.

If you're betting on the Seattle Sounders to win with our hypothetical odds, a $100 stake will return $110 in profit, including your initial $100 stake. If bettors are to place a wager on LA Galaxy at odds of -110, a $110 stake is needed to return a net profit of $110. You choose between the betting sites favorites (LA Galaxy) and the underdogs (Seattle Sounders). If you've found an edge on the +EV team, Seattle, these types of betting odds are essential to winning profits on a long-term basis.

Placing a spread bet on the MLS isn't corresponding to alternative sports like the NFL or NBA. Like the National Hockey League, MLS games are often a low scoring affair, meaning that the spread betting lines are usually set around -1.5/+1.5. With that said, if you anticipate MLS teams you're wagering on will provide a higher number of goals, you can find larger spreads within the alternative spread betting market.

If LA Galaxy has a spread of -1.5, they are required to win their game by at least two goals for your wager to become a winner. Should Seattle have a set spread of +1.5, a loss by one goal, an outright win, or a drawn game would be enough to win your MLS soccer bet.

MLS bets in the totals market also require a lower set total than most American sports, but like your average total wager, you're required to pick over or under the set total.

Over/Under 2.5 goals is the most common total found in MLS betting, but similar to spread betting tendencies, you can find a total alternative market for higher or lower totals (3.5,4.5,1.5 etc.).

If you're looking to wager on the Seattle Sounders vs LA Galaxy over 2.5 goals, the game in question would need to deliver a total number of goals that exceeds the 2.5 total (three or more) for your bet to be successful. On the opposite end, if you chose the under 2.5 goals, you would be rooting for less than 2.5 goals to be scored (two goals or less) for your MLS bet to win.

Before wagering on Major League Soccer and selecting the first available betting odds you stumble across, aspiring handicappers should always search for the best available value within the most trusted soccer betting sites.

The number one rule in sports betting is to protect your bankroll, and there isn't a more effective method to achieve this than by safeguarding your money with the best available odds. Here at OddsTrader, we aim to deliver handicappers with a list of betting odds to highlight the top sportsbooks and their prices. Long term profits aren't created through settling for less; allow OddsTrader to remove the hassle of finding a trustworthy book by providing you with a plethora of reputable bookmakers.

Find a collective of trustworthy betting sites and signup for them all. This allows you to bet your specific bet type at the greatest price, making room for the most significant investment return in the long run.

Whenever you're placing an MLS prediction into your bet slip, double-check the betting lines available across the sportsbooks you're signed up with. Our easy to navigate comparison chart at OddsTrader will assist you in this task because finding the best deal for your money is important to us.

21+ Seek help with a gambling addiction at 1-800-Gambler. OddsTrader is licensed (VID#91526) by the Division of Gaming Enforcement in New Jersey